It’s that time of the year again! TOGR! Our favourite summer regatta! What a great way to kick start the summer.

TOGR DAY 0: After a great boat check yesterday, our sailors headed out into the Pattaya waters for practice races today! The teams were greeted with strong winds and choppy waves — a pleasant surprise! It was a good practice round for all the boats though the conditions proved to be challenging. A storm came after one round of practice race, the sailors quickly sailed back into the marina to seek shelter. Nataya’s engine failed to start on the return trip and dragon’s engine also died while trying to rescue Nataya. It was great to see so many different boats out on the water today, here’s wishing all the boats the best of luck for the next 4 days of racing! 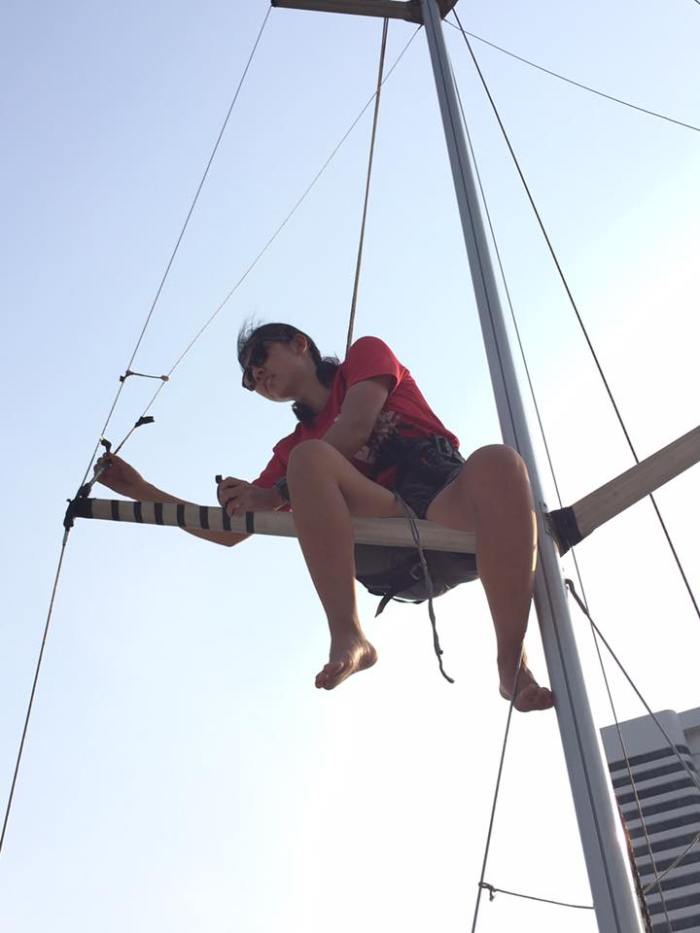 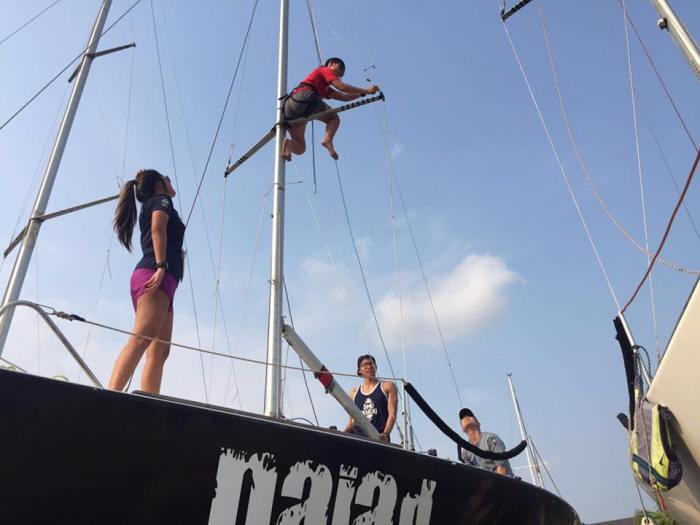 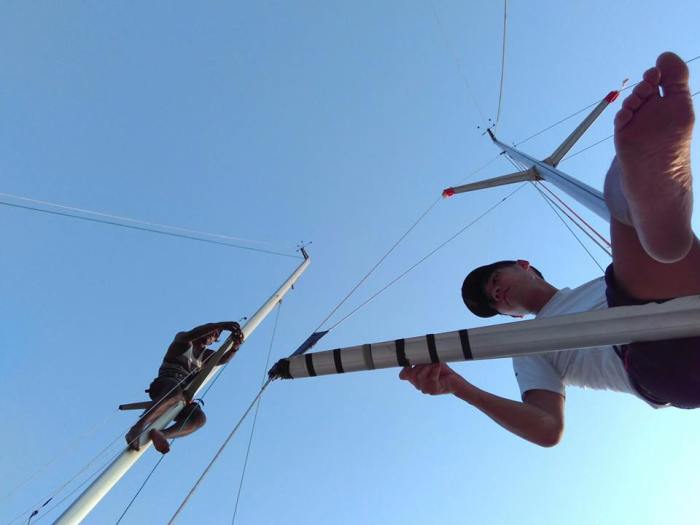 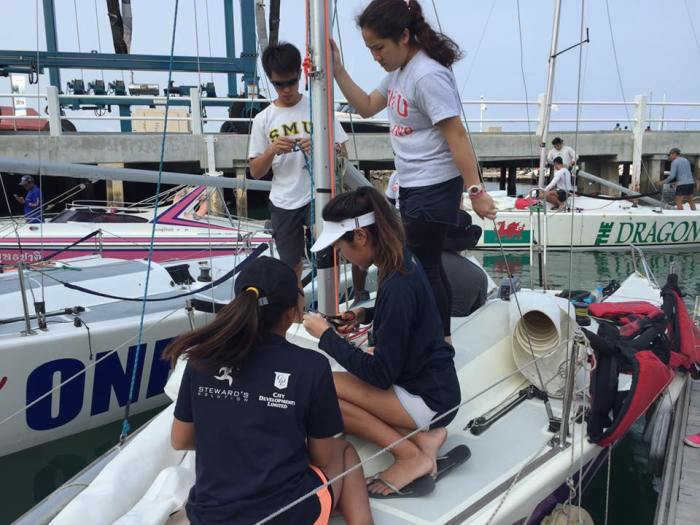 Race day 1: It was an intense day of racing for all the teams today as winds got from strong to even stronger throughout the day. There were a total of 3 races and sailors fought a good fight today, with DRAGON mostly taking the lead (infront of all the other SMU boats) on most of the races. Albeit being at the back of the fleet most of the time and experiencing a couple of broaches here and there on the downwind, the sailors pushed through the tough conditions and sailed their best today. After racing, we had a fantastic seafood dinner by the sea at this quaint restaurant called “The view”, where we saw the sunset. Thank you OSL for the lovely dinner treat! When we got back to the hotel, we had a team debrief and the sailors from each boat shared their tips and happenings on their boat during races with everyone. Keep up the positivity and the energy sailors! Don’t give up and all the best for the next few days of racing! 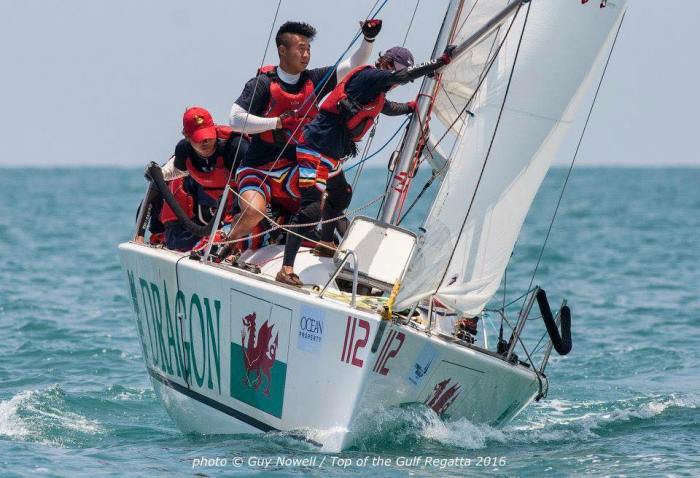 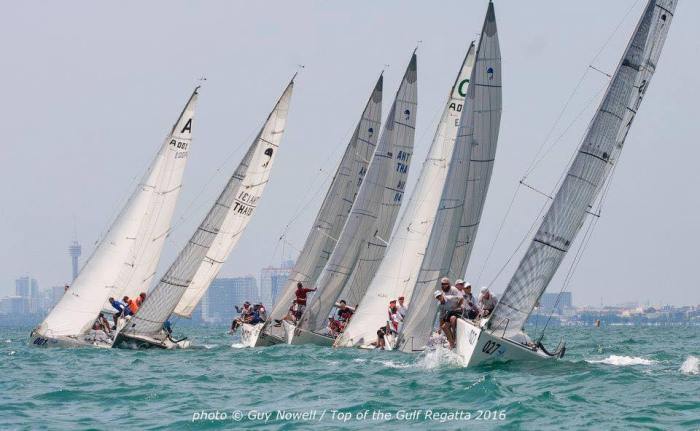 Race day 2: The sailors woke up today feeling pumped and ready for yet another 3 more races ahead. The wind conditions were stronger than yesterday’s and the waves were even more relentless. There were talks amongst the other pro-boaters about the jibs they used in this kind of conditions by the lawn. And knowing that all our boats were pretty light, the lovely Kevin Scott then brought over some number 3 jibs to help us avoid being too overpowered in these strong conditions. The races were as usual very eventful, with Naiad (BloveLY) getting an OCS in the second race, Nataya (Tripple A) skied their spin halyard during the break right before the third race, Dragon (Crash team racing) skied their jib halyard that same time as well and Stingray’s (PQ’s KReW) main sheet block coming off after the general recall for the third race. After yesterday’s team debrief, many of the boats improved from the useful tips and tricks imparted. The team then went over to the Movenpick hotel for the daily prize givings and cocktail party. Overall, a good second day of races, hang in there team! 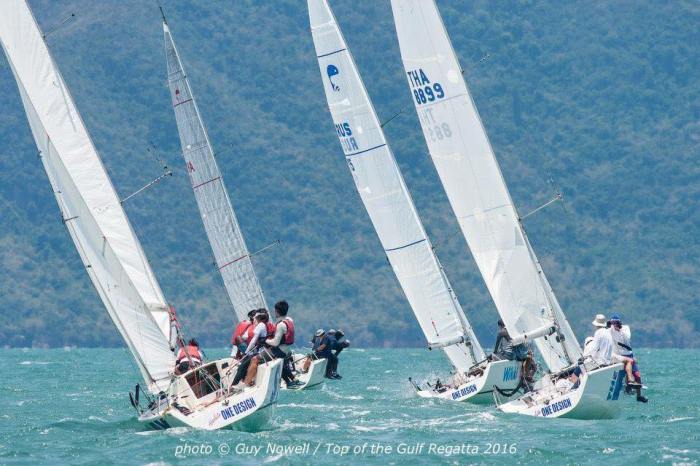 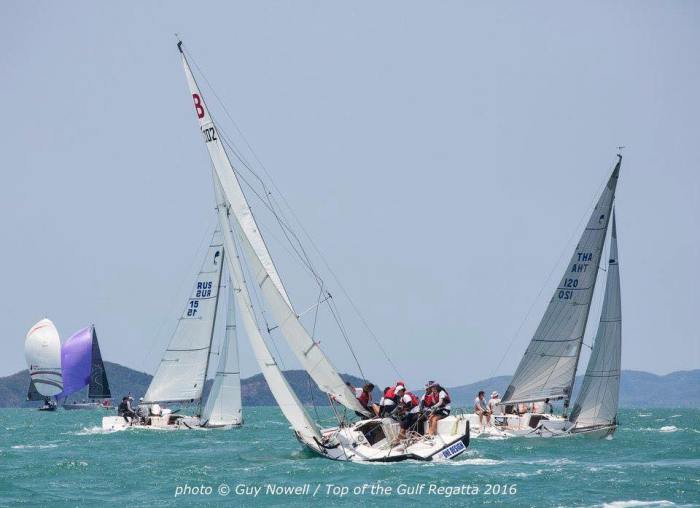 Race day 3: The sailors are half way through the regatta and are all starting to get used to the strong conditions over at Pattaya. The winds were slightly lighter than yesterday’s but the sailors were not complacent and sailed the hardest they could. There were not much crew mistakes as all the trimmers trimmed to their best and the foredeck performed clean hoist and drops. Stingray (PQ’s KReW) experienced a Chinese gybe on the last down wind but had a fast recovery. Overall, the 2 races today was really a test of the sailor’s endurance and tactics. Tomorrow will be the last day of races, give your best sailors!

^Poor thing, one of our song tiows broke down right infront of the u-turn before the entrance of the marina. So we had to push it out of traffic and walk all the way into the marina.

Race day 4: Final day of races and everyone is pumped and ready to end it with a bang! The wind conditions were the same though there were signs of rain in the morning. The starts for the last 2 races were not too ideal for the boats Nataya, Naiad and Stingray as they struggled to start on time. Stingray almost crashed into Naiad and Fox in the first race giving the crew quite a heart attack. The sailors finished all the races with their best ability. Even though the teams were at the back of the fleet most of the time as the other platus had seriously insane height and speed, the sailors never admitted defeat and always gave their 110%! After races, we headed back to ambassadors for a final team debrief about the whole regatta. Everyone shared their key takeaways in terms of both sailing and non-sailing. The day ended with the closing ceremony, a great birthday celebrations for 2 of our lovely team mates Alison and Lionel, and of course kangaroo court! Overall, though the team didn’t manage to bring home a podium finish, the sailors learnt a whole lot during this regatta and can’t wait to train harder for the next one. 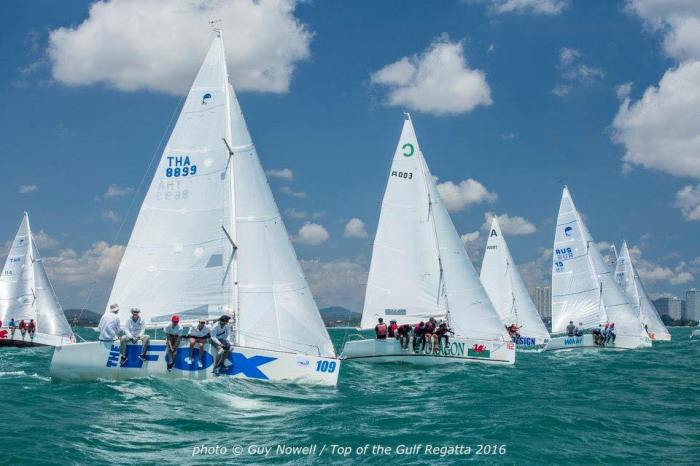