Andddddd our sailors have landed in the sunny island of Langkawi! After a long and tiring afternoon of boat preparation, the sailors finally got the rest they needed over a small albeit sumptuous meal- an attempt to starve before the dreaded weigh in tomorrow! Good luck for the upcoming races team! 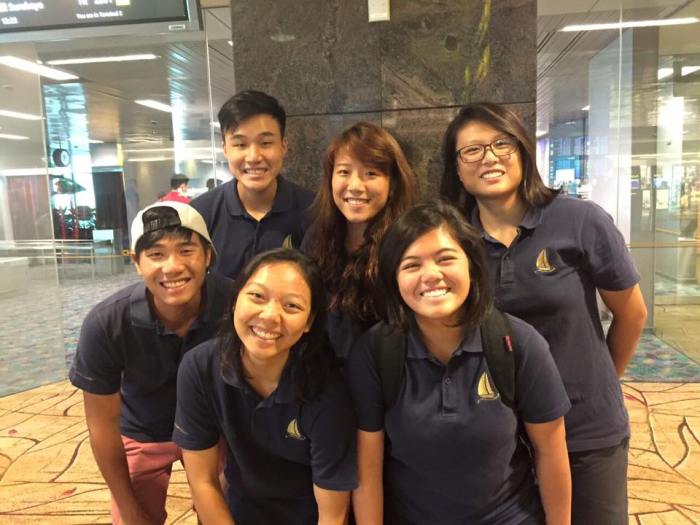 Race day 1: Though it was forecasted that offshore winds would be predominantly light to modest in the morning today, the sailors went out there and gave it their very best ; coming back with 2 bullets from the races today!! Very well done guys! Keep up the good work and press on!

Langkawi Race Day 2: Competition was strong today as the sailors tried their best to beat the winds and currents. The team fought hard to maintain their position, and managed to get 3rd placing for both the races today.

Langkawi Day 3: Finally, our sailors are half way through the RLYC regatta! After having a bad 2nd day, our sailors managed to pick themselves up, earning 2 bullets for the 2 races on the west coasts, where they were faced with huge waves, strong current and winds gusting between 15-20 knots! SMU did well in controlling their boat in this difficult condition where many others weren’t able to. So well done and keep up the good work for the rest of the regatta!

Langkawi 2016 Day 4: Winds were especially light today, which posed a challenge to the team as they fought head to head with the other lighter boats in their class. But nothing can bring the sailors down, coming in 1st for the first race and 4th in the second race today! Press on team!

^Poor Helms Woman, Ling Ying, being forced to wear a GoPro on her head today by the media team!