Day 1: Strong winds greeted our sailors on the first day of this year’s Western Circuit Sailing Regatta. It was an eventful day as broaching, flying hats and collisions happened within a span of 4 races! SMUve opened with victory in the first race but dropped down the order in the next three races.  Despite numerous mishaps (a skied halyard, a spin that went fishing and a collision at the start line), SMUmad drove home the next two victories to take the overall lead. In the J/24 class, Shengli fought hard and placed 2nd overall after the first day.

Day 2: A slight drizzle and medium winds at the start of race 4 brought excitement as boats jostled for a position on the line. In the IRC B class, with the prestigious President’s Cup at stake, SMUmad and SMUve nailed the start line in front of the favored bigger boats. Patchy winds, wind shifts and current challenged our sailors as they tried to get around the course. Eventually,victory for SMUmad extended their lead in the IRC B class.  In the J/24 class, there was no shortage of excitement as Shengli managed to start ahead and round the top and bottom mark ahead of Angel in race 6! With consistent finishes, Shengli was able to maintain their overall 2nd place position. 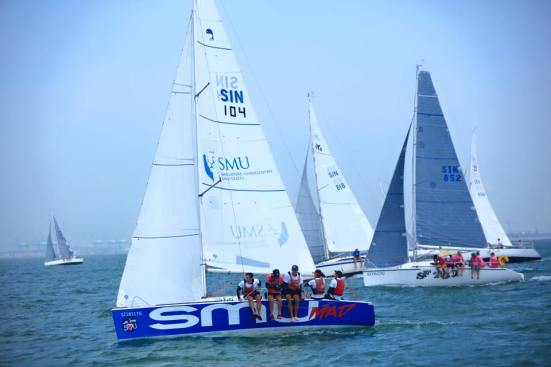 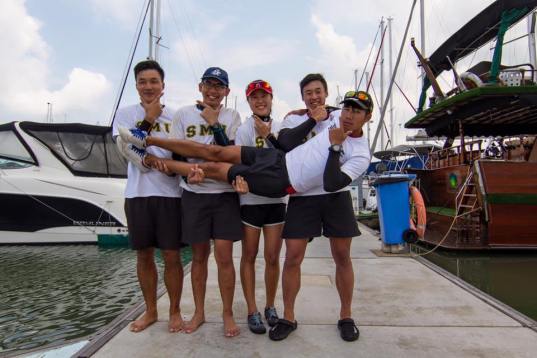 Day 3: Despite cloudy skies and rain in the morning, winds remained a steady 12 knots throughout the day. With strong current and clear pressure lines, connecting the gusts and estimating the lay-lines were key to staying in front. After 3 long races, SMUmad emerged overall champions in the IRC B class and also took home the prestigious President’s Cup! SMUve also put up a good fight despite narrowly missing podium finish! In the J/24 class, Shengli sailed spectacularly and clinched overall 2nd place (even managing to beat Angel in the first race of the day)!

Congratulations to our sailors and thank you organizing committee, race committee, volunteers, sailors and everyone else who made this event such a success! We hope to see you all again at next year’s Western Circuit Sailing Regatta! 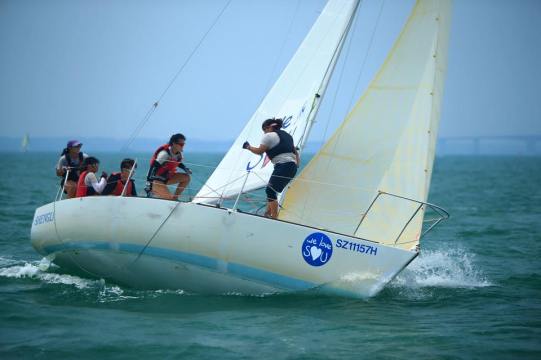 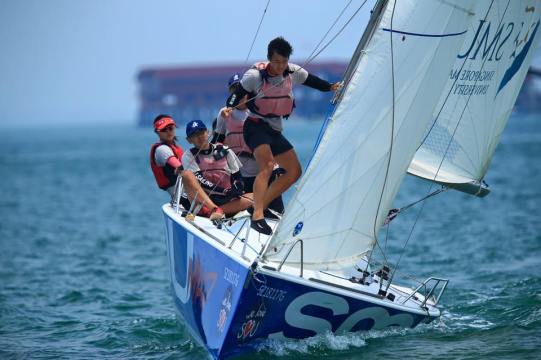